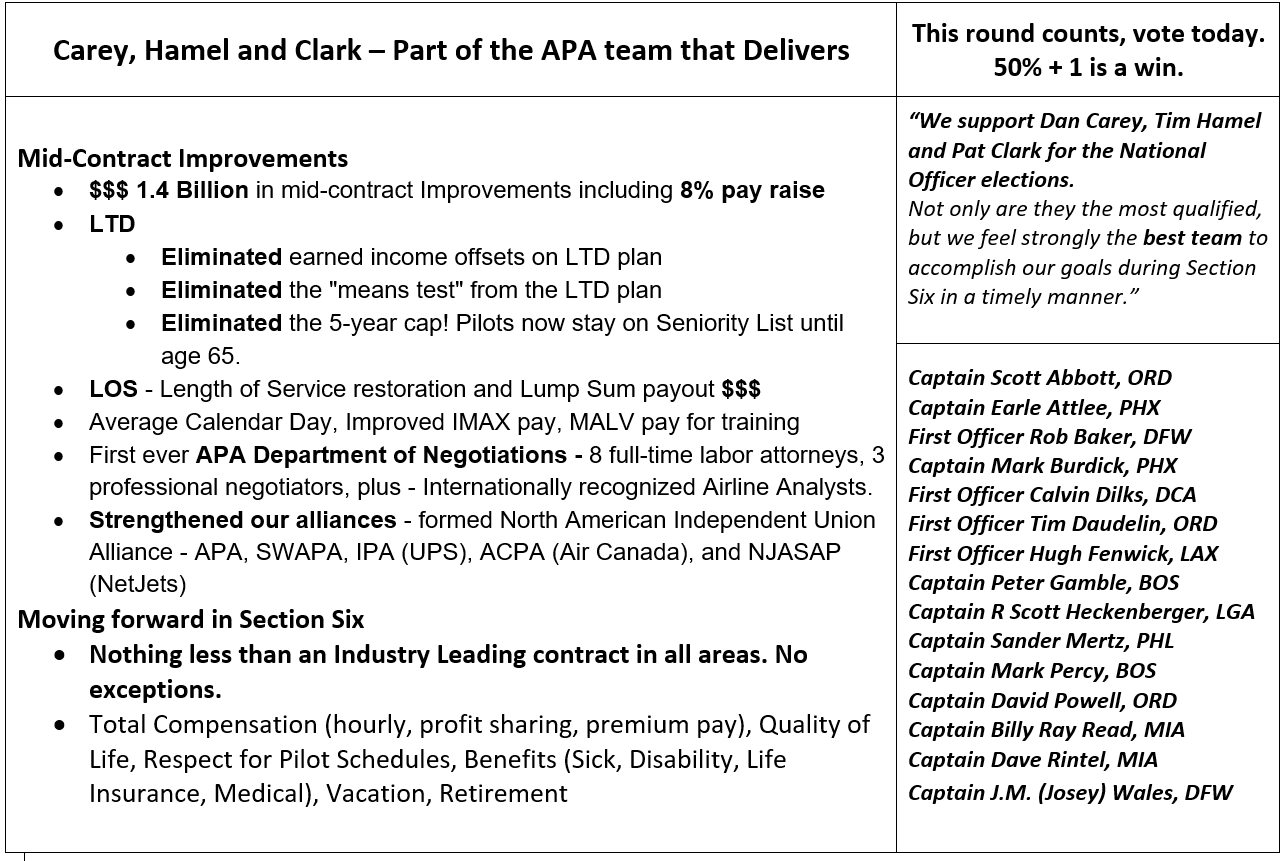 "I fully endorse Pat Clark for Secretary-Treasurer.
If you voted for me in the nomination round, thank you. I have withdrawn from the race and respectfully encourage you to cast your ballot for Pat in this final round for Secretary Treasurer.

For many years I have had the privilege of working with Pat. He has proven his effective, functional deep experience, leadership and value-delivering knowledge of APA. Pat has the focus, work-ethic and attention to detail that will be required of the Secretary Treasurer position.

Pat’s unique skill-set will be critical to not only properly realigning APA assets to deliver the best return on our invested capital (our dues) but also bolster and direct our collective capital to exactly where they’ll be required to make our next contract the gold-standard in the industry.
Pat Clark has my confidence and vote!"
Captain Dennis Tajer, ORD

"Pat Clark is my choice for Secretary Treasurer of APA
His ability to work with the BOD and APA staff and his demonstrated dedication to the pilots of APA is critical to the duties required of the office. So I ask the pilots of APA to vote for Pat."
Captain Jeff Thurstin, DFW

"Pat Clark has done phenomenal work for APA. I can’t think of a better person to step into the secretary treasurer job.
His extensive experience in the building, strong working knowledge of everything APA, and long history of membership support will serve APA well as we move forward in Section Six."

"I can think of no other choice as qualified and dedicated to the line pilot as Pat Clark
It has been a pleasure to work with Pat Clark the past 19 years. During my tenure at APA we have had one crisis after another - I want a National Officer available on-site 24/7/365 to resolve these disputes. That’s why I’ll vote for Pat Clark for Secretary-Treasurer when my ballot arrives."

Redesigned the Association’s "pipe" into Sabre, coordinated an agreement with the company and developed a simple, clean user friendly mobile replacement – TASC Sabre. I have always maintained that TASC Sabre is the membership’s application and personally respond to every feedback suggestion. Thank you for all the feedback, it helps tremendously.

This system continually downloads, parses and archives all Sabre historical data.
Every HI1, HSS, NS, FI, GIO, N3, N4 etc., used to feed all APA analysis applications. This data is critical during grievances and arbitrations. Your logbook gets its data from this system.

I love all of this TASC stuff! You guys have really done a great job with the Bidding, Trip Trader, Logbook, etc. It really makes me feel as if my dues money is well spent when I am able to see and use these helpful tech tools.

Calculated every lump sum payment under Letter of Agreement 18-001 - Length of service credit for furloughed pilots. $8.2 million payed under the agreement.

Savings to the Association equals hundreds of thousands of dollars annually.

Created a system that highlights every sequence that increases the risk of fatigue with objective, scientific, statistically proven data.

"His work on the Equity Distribution websites have already saved APA members millions of dollars. His work was a key component, if not THE key component, of APA’s ability to quickly and accurately record over 1000 disputes. This resulted in APA being the ONLY union never to have been sued, saving APA members untold dollars in legal fees and allowing the early distribution of literally tens of millions of dollars of equity."
Capt. Mickey Mellerski
Former Chairman DFW Domicile, APA Negotiating & Equity Distribution Committees

And many, many more applications in use every day at APA.

For nearly 30 years I have been responsible for the technical aspects Operational Analysis.
I have designed, developed, and supported many of the applications used for analysis throughout the Association. I am a firm believer in incorporating emerging technologies as rapidly as possible. I am proficient in every aspect of modern corporate level information technology.

I have developed a solid, mutually beneficial working relationship with our APA staff, fellow committee members and IT colleagues at American Airlines.

Through post graduate studies at Pepperdine University, I have a solid background in finance, accounting, statistics and economics. I am a former U.S. Marine Corps Captain.

"Optics" is not a leadership principle.
The secretary-treasurer must ensure that resources, both fiscal and personnel, are economically directed towards feasible, goal oriented achievable results – not political wish lists.

Appearances and political consequences must never factor into APA monetary or personnel decisions. Supporting goals that are clearly in the best interest of the entire membership, though potentially unpopular with a loud and vocal minority is a sign of mature leadership. Resources must target the broadest sector of the membership.

I've listed a brief summary of my contributions to APA to demonstrate a tangible, proven track record of:

Finally, service at APA has always provided a springboard to the company for those seeking jobs across the street. I've witnessed numerous "volunteers" mark time at APA while lobbying the company for positions that directly conflict with association interests. The company doesn’t recruit APA members for talent - it enlists our members for political influence and institutional insight.

I will never seek, campaign for or accept another position at APA or the company. My goal is to help put our house in order, change the climate of politics in the building, shape our IT department into a world class organization and reset the home office on a solid, business like foundation – then return to the line. Thank you for taking the time to consider my candidacy.

When you choose your next Association secretary-treasurer, I ask that you strongly examine the candidates history of contributions, accomplishments and achievements - not his/her list of campaign promises.

"Normally, I don't feel it's my place to take sides, but as the LiteSabre developer I owe a debt of gratitude to an individual who has steadfastly defended the third-party trading systems. He has repeatedly said to me over the last 5 years, 'whatever is best for the membership' when asked if he had a problem with me building apps that access this or that. I feel it is important for me to support someone who feels you should have that choice.
That person is Pat Clark, and he is running for Secretary/Treasurer."

Pat Clark has provided invaluable insight, knowledge and unwavering support long before he had any thought of entering politics.
As the creator of BidPro, he has my complete support and gratitude.
Raymond Wallitner
BidPro 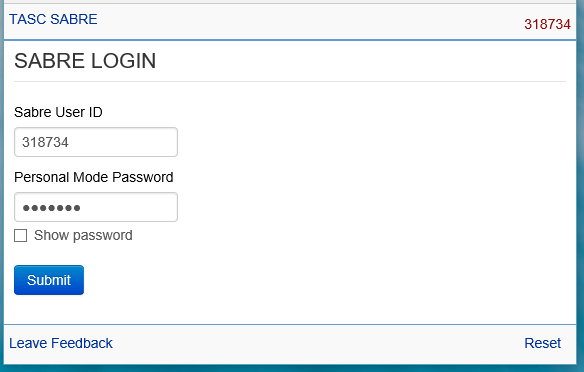 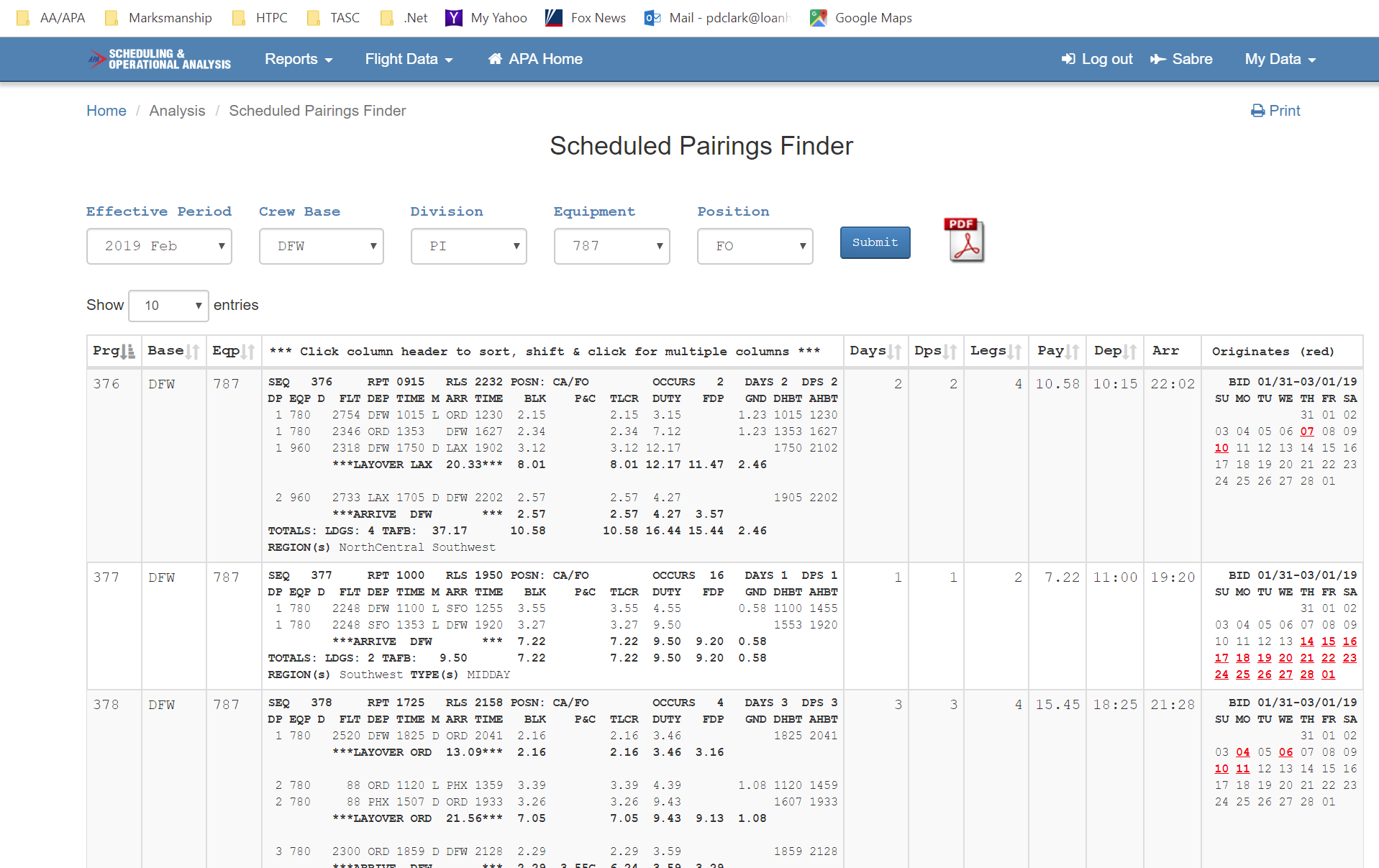 $8.2 million payed under the agreement. 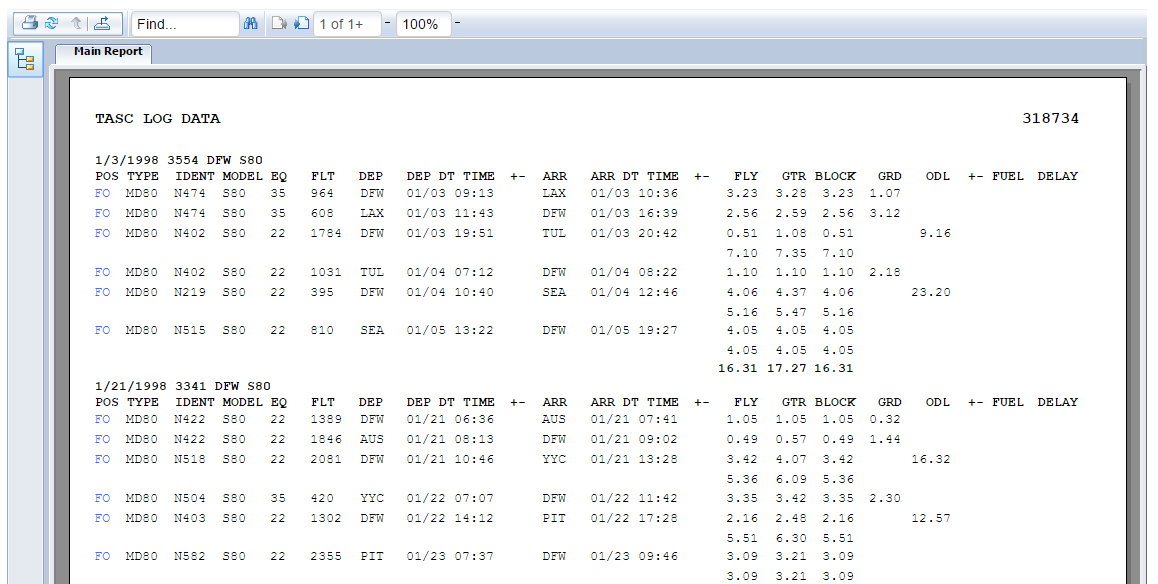 The same logbook that feeds your tax software programs.

Created the Onerous Trips system for the Scheduling Committee.